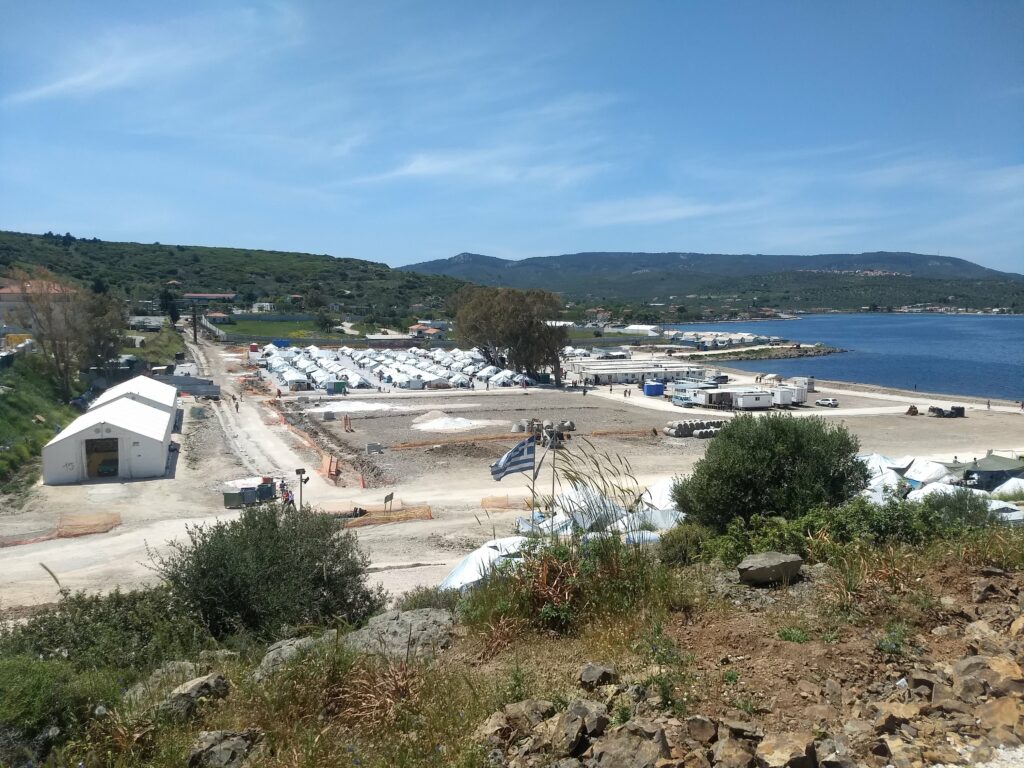 Greece opened its borders to European countries as well as Australia, North Macedonia, the UAE, the USA,  Belarus, Ukraine, Russia and many more.  A negative covid test or proof of vaccination must be provided at arrival. The EU is still considering opening its Schengen Borders to world tourism.

Currently, 100 people are in quarantine in the Mavrovouni Camp, Moria 2.0, on Lesvos after 30 people tested positive for Covid 19. How the cases unfold is unclear at the moment.

The roughly 35’000 people living in refugee camps on the mainland and the islands were included in Greece’s vaccination rollout. Although many studies showed that people living in camps are exposed to much higher risks of getting COVID than people living in private housing, the government has not placed the refugees in any special category. As well, registrations for vaccination is slow amongst asylum seekers as they distrust Greek authorities.

Doctors Without Borders (MSF) stated in a briefing this month, that the people having to stay in “Megala Therma” (at the North Coast, Camp for newly arrived people) are subject to severe violations of their rights and have limited access to healthcare.

MSF is witnessing that people are systematically placed under mass quarantine if positive COVID-19 cases are detected. They remain unregistered throughout their confinement despite severe concerns of refoulment from inside the site, as reported (https://www.efsyn.gr/ellada/dikaiomata/282516_epanaproothisi-apo-kratiki-domi-sti-lesbo).

Arrivals, Push Backs and Departures in May

The number of border crossings are on the rise again, mostly people with Syrian or Turkish nationalities according to Frontex.

At the beginning of May, the “Seehofer Deal”, from 2018, was been deemed illegal by a German court. This allowed the re-application for asylum in Germany for around 13’000 people with refugee status in Greece.

24 boats with 596 people were stopped by the Hellenic Coast Guards while only 2 boats with 39 people arrived on the Islands.

Devastating Conditions in Camp on Chios

A man was found dead in his tent, a woman had to give birth on the street. This is more evidence of how inhumane the living conditions for people in the camps on the Greek islands are. The US criticizes the unsafe and unhealthy conditions in Greece’s camps and calls them significant human rights concerns in its country report 2020.

Even the Commissioner of the Council of Europe for Human Rights stated this month in a letter to the Greek Government that requirements for NGO to operate in Greece are increasingly challenging to meet. NGOs continue to have unclear statuses, having a negative impact on their work since many bureaucratic aspects have to be dealt with instead of being able to concentrate on the actual work. This observation is in line with the statement of the European Council’s Secretary General’s remark that there is a “clear and worrying degree of democratic backsliding” across Europe.

In the same letter, the Commissioner of the Council of Europe for Human Rights addresses the evidence for illegal push backs at the Greek borders in 2020 and in 2021.  She points to more than 100 incidents of illegal push backs in the water around the Aegean Islands that have been reported in 2020, and cases where already registered asylum seekers have been brought back to life-rafts and pushed back into the Aegean Sea.  She concludes that these practices are clear violations of human rights and that “protections (arising from the European Commission on Human Rights) apply to anyone, regardless of the way in which they arrive at member states’ borders, including if this in an irregular manner.” Greece is not only to blame, as the whole European Union including Switzerland is financing Frontex (and happy to have a scapegoat without clear national attribution possible). It is also  reported they have supported informal cooperation that led to some push backs which caused over 2’000 deaths during the pandemic. The Legal Centre Lesvos filed a case against Greece at the European Court of Human Rights for a push back of 180 people near Crete.