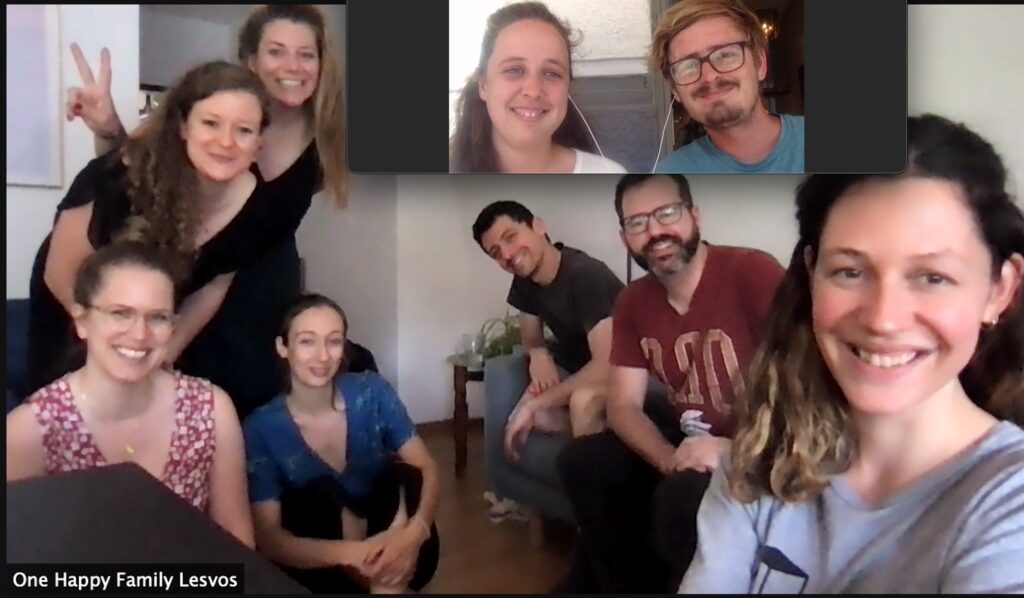 One Happy Family was just an idea in Spring 2017 and it has quickly become a place with many different ideas from many people, coming together to create and provide a safe and bubbly space.

After a bit of a chaotic start in Spring 2017 more and more people came to help at the newly created Community Centre. Eventually more funding was needed and in Summer 2017 the Swiss association One Happy Family was founded to support the project on the ground. This association is led by a board of currently seven people and supported by many more amazing human beings. The board is involved with the finances, communication, and awareness campaigns from Switzerland, while the Coordination Team is the leading group on the ground on Lesvos.

This month the board had its yearly general assembly and now has some changes to announce: Nico will be concentrating more on the tasks on the ground and thus left the OHF board, Tamara will also be leaving the board after four years of important work for the organisation. Tamara, you are and always will be our finance queen! There aren’t enough words to describe how thankful we are!

We are also very happy to announce that the board has two new members who know the project and Lesvos very well: Johanna and Hannah – we’re glad to have you within the team and look forward to all the challenges and tasks together!

Picture taken at the general assembly, as always: some people join online from Lesvos.