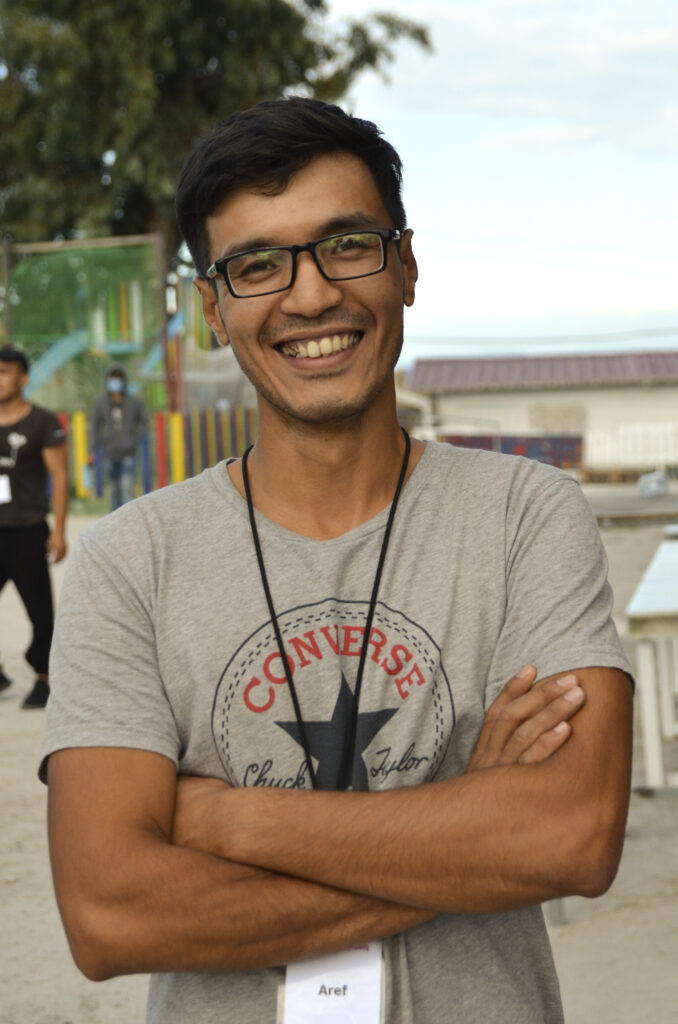 Although Aref is an Afghan, he has never seen his home country, having been born a refugee in Iran. He believes that ‘knowledge is the best tool to fight ignorance, injustice and lack of culture’ and hopes that one day all the people of his country will be literate so that they can educate themselves and make a better future. Aref loves to read and his favourite book, which he highly recommends is The Compound Effect by Darren Hardy.

He is living in dire conditions in the new camp with his elderly mother who has diabetes, but knows that he must make the most of this time as he is hopeful that soon she will be moved to somewhere more suitable. Even just running water and a floor would be an improvement from their current ‘home’: a tent in the new camp. He will be very happy for her, if she is lucky enough to be chosen to move, however, he knows that he will also be very sad to be alone for the first time, as the rest of his family have already been moved, whilst he remains bound to the island by inhumane, inexplicable and inexcusable European politics.