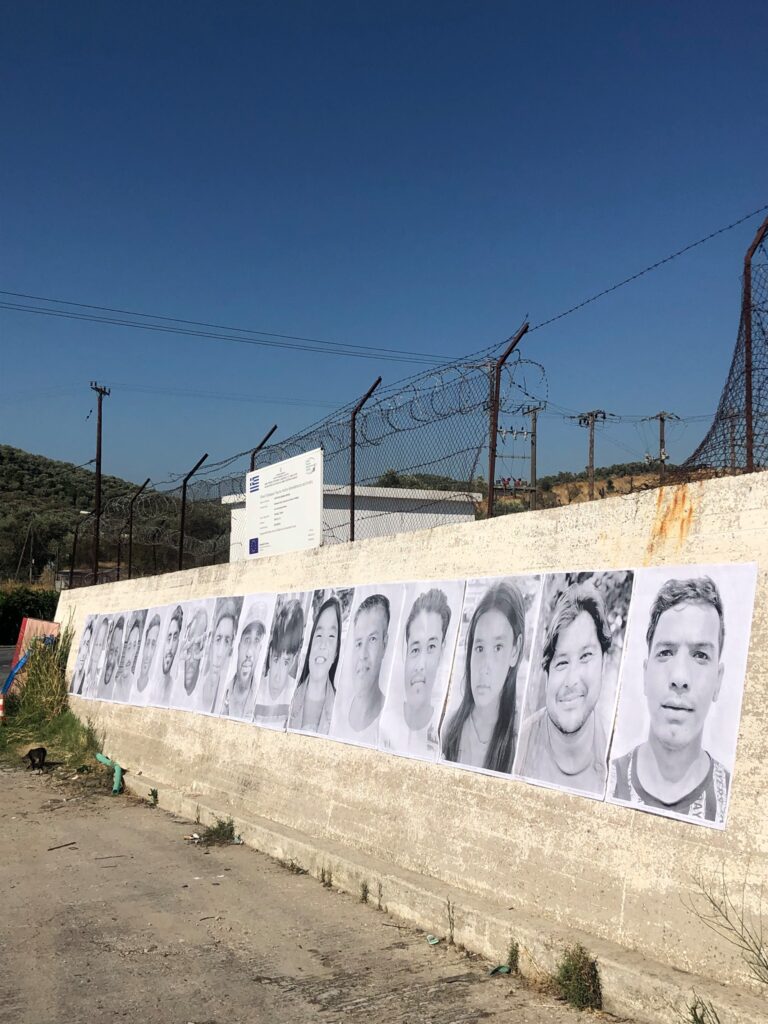 In July, portraits of residents from the Kara Tepe camp were installed in 16 different European cities, as an exhibition from the famous photographer, JR. The exhibition is part of the larger “Inside Out Project”.

“Europe, Look me in the Eyes”, originally started in Lesvos, however it soon was echoed by groups across the European continent. The exhibition shows women, men and children on the move who agreed to share their faces, raise their voices and act as a human magnifying glass over the harsh reality they face trapped in Europe’s borders and beyond. Behind these faces are human stories of ruthless and illegal pushbacks, long-term oppression, rape, torture, abuse, human trafficking, living in overcrowded refugee camps, inhumane sanitary conditions, extreme weather exposure and risk of deportation to war torn countries.

The Coordinator of the Mytilini project says “seeking protection and asylum in Europe is made even more difficult because of countries delegating control of their borders to third countries such as Turkey, Libya and Morocco. Europe and the rest of the world cannot continue turning a blind eye to this humanitarian crisis, nor attempt to relieve themselves of responsibility through providing these third countries with charitable contributions”.

If you live in Edinburgh, Porto, Lisbon, Coimbra, Paris, Lyon, Berlin, Frankfurt, Oslo, Bergen, Brussels, Namur,or Palermo, you will be able to see these portraits. Look at https://www.insideoutproject.net/en/explore/group-action/europe-look-me-in-the-eyes-1 to find the locations and read more about the projects.