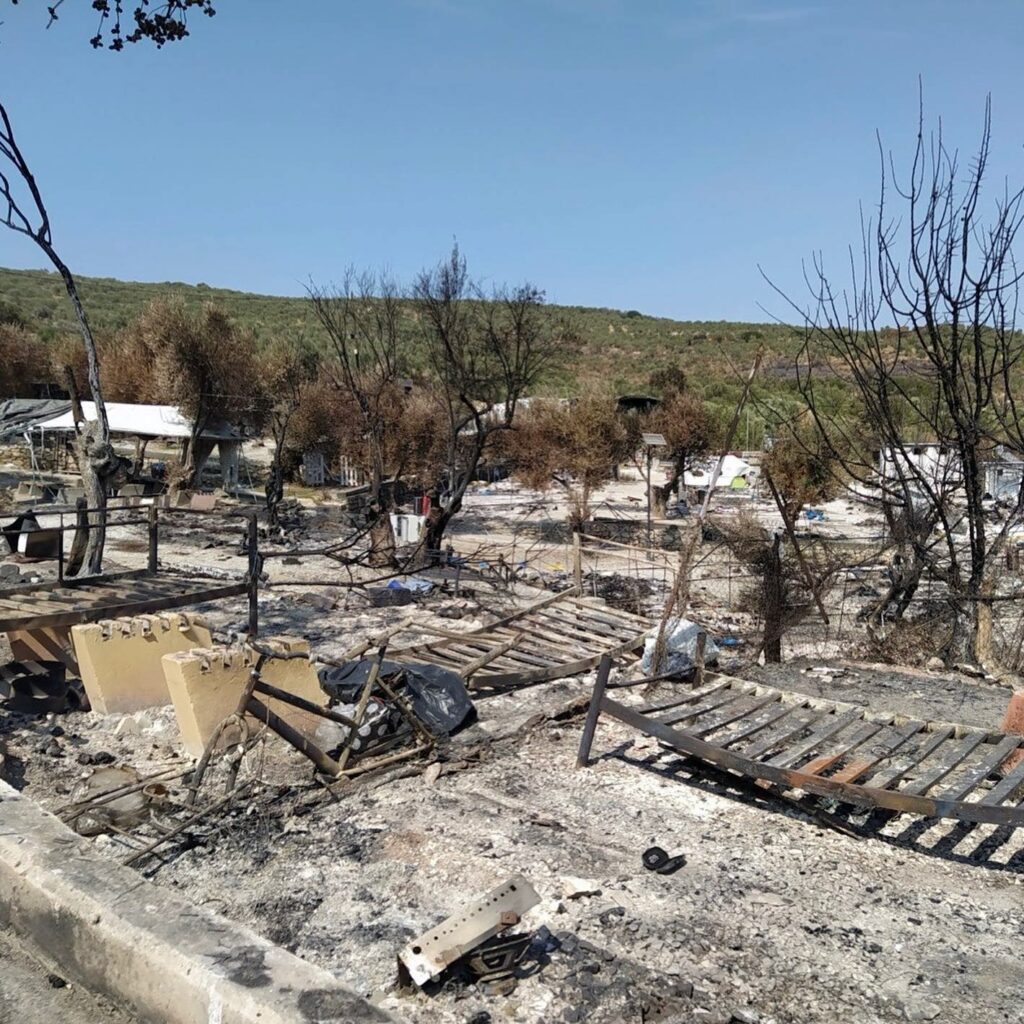 Record number of low arrivals
According to the Greek Ministry of Migration and Asylum, the number of arrivals to Greece is down 53% in the first eight months of 2021, compared to the same period in 2020. Arrivals to Lesvos are down 75% during this same period. As of 19th September, there are 3,432 refugees and asylum seekers residing on Lesvos. The recent crisis in Afghanistan has prompted fears of a new wave of migration into Europe, particularly through Greece, with the Greek Ministry of Migration keeping a close eye on the situation.

Many humanitarian organisations say the drop is due to the systematic and illegal pushbacks of asylum seekers to Turkey by Greek authorities. Greece’s conservative government repeatedly denies these claims. Migration Minister Notis Mitarakis praised the efficiency of his government’s policies stating “We are continuing in an effective way the implementation of a strict but at the same time fair immigration policy, which no longer allows anyone to make Greece a gateway for smuggling networks”.

Plain Clothes Officers patrolling camps on Lesvos
MSF and other actors who are operating in the RIC have received reports that plain clothed police officers are approaching tents/containers during the night and asking questions about the identity of the tent/container residents, without the assistance of interpreters. This of course, is causing much fear and unease for residents. UNHCR has raised the concern with Greek Authorities, however have not yet received feedback.

The 8th of September 2021 marked one year since fire broke out in Moria, the biggest camp in Europe at the time. This left 12,000 people stranded on the road for over a week. The fire was not an isolated event, but a product of continual European policies, creating tensions and adverse conditions.

We asked one of our volunteers about the fire. “It was a horrible situation. People were trying to flee the fire to Mytilini but there were roadblocks and they were pushed back to Moria. People stayed in the streets with no food or water. During the nights it was cold and people did not have clothes with them because they had to escape the fire quickly. Some people even lost their papers and money. The NGOs came together to give food but to get food people had to physically be in the line and some people could not as they were old or sick”.

The people living in the camps around the Aegean Islands have decreased since the fire but the living conditions remain a humanitarian emergency as well as the lack of protection of fundamental rights.

The first closed “controlled migrant” camp opened on Samos this month. With the same name as the previous camp on Samos, Vathy, the new closed camp is located 5 km from the closest town centre, with capacity for 3,600 people. The new camp is surrounded by barbed wire, and inside has installed surveillance cameras, x-ray scanners and magnetic doors. Entry and exit into the camp requires scanning your fingerprint or your electronic badge. If you are not back by 8pm, you’ll be locked out and face disciplinary action. The Greek Migration Minister, Notis Mitarachi said at the opening of the camp “The new closed-controlled access centre will give back the lost dignity to people seeking international protection, but also the necessary conditions of safeguarding and restraint for illegal migrants who are to be returned”.  Both the Regional Governor of the Northern Aegean and the Mayor of Eastern Samos refused to participate in the opening ceremony as it was ‘not a cause for celebration’.

One Happy Family, like with many other Human Rights Organisations and NGOs have voiced concerns about the structure, location and confinement of the camp. Amnesty International have accused the Greek Government of pursuing ‘harmful policies focused on deterring and containing asylum seekers and refugees’. Medecins Sans Frontieres released a statement “There is no doubt that this new centre will only further dehumanise and marginalise people seeking protection in the European Union”. The organisation’s mental health team on Samos state: “We witness on a daily basis the deterioration of people’s mental and physical well-being. The opening of the new prison camp is changing the collective identity of the refugees, their self-esteem and image: their dignity. Europe is breaking them”.